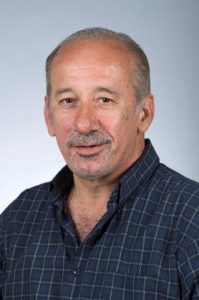 Goce Trajcevski received the B.Sc. degree from the University of Sts. Kiril i Metodij, and the M.S. and Ph.D. degrees from the University of Illinois at Chicago. He is currently an Associate Professor with the Department of Electrical and Computer Engineering, Iowa State University. His main research interests are in the areas of spatio-temporal data management, uncertainty and reactive behavior management in different application settings, and incorporating multiple contexts. In addition to a book chapter and three encyclopedia chapters, he has coauthored over 140 publications in refereed conferences and journals. His research has been funded by the NSF, ONR, BEA, and Northrop Grumman Corp. He was the General Co-Chair of the IEEE ICDE 2014, ACM SIGSPATIAL 2019, the PC Co-Chair of the ADBIS 2018 and ACM SIGSPATIAL 2016 and 2017, and has served in various roles in organizing committees in numerous conferences and workshops. He is an Associate Editor of the ACM TSAS and the Geoinformatica Journals. He has received 2 Best Paper Awards (CoopIS 2000; IEEE MDM 2010), Best Short Paper Award (ACM MSWiM 2013) and 2 Best Demo Awards (SSTD 2017 and IEEE MDM 2019).

The efficient management and querying of location-in-time data has been a subject of intensive academic and industrial research for almost two decades. Its importance in numerous application domains of high societal relevance has been further amplified by the recent advances in IoT and the emergence of Web 2.0, which enabled a generation of unprecedented volumes of heterogeneous evolving and location+time aware data. Along with it, came the “natural” dichotomy: (i) on the one hand, there is the ever-present quest for compression: compact representation yields savings in both storage as well as communication bandwidth consumption; (ii) on the other hand, the space and time components are now frequently accompanied with “thematic” (or, semantic) attributes: such enrichments are useful in tracking and predicting important topics, popularity of Points of Interest (PoIs), etc. Often times, these two seemingly opposing objectives are merged due to the application demands: e.g., predicting the geo-spatial spreading of diseases, information diffusion and alignment in social networks, real-time marketing,… In this spirit, the keynote will consist of three parts. The first part will present an overview of the issues and solutions for compressing mobile data in MOD( Moving Objects Databases) and STD (Spatio-Temporal Databases) settings. In the second part of the talk, we will present the notion of semantic (equivalently, augmented) trajectories and discuss their storage and querying management. The last part of the talk will focus on case studies in which the fusion of the two aspects is necessary for efficient and effective mining and prediction. 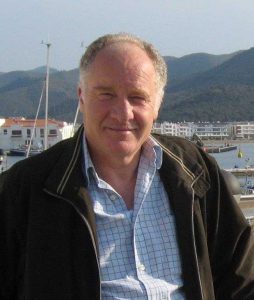 Abdelkader Hameurlain is full Professor in Computer Science at Paul Sabatier University, Toulouse, France. He is a member of the Institute of Research in Computer Science of Toulouse (IRIT). His current research interests are in query processing and optimization in parallel and large-scale distributed environments, mobile databases, and database performance. Prof. Hameurlain has been the general chair of the International Conference on Database and Expert Systems Applications (DEXA’02, DEXA’2011, DEXA’2017 and DEXA2018). He is co-editors in Chief of the International Journal “Transactions on Large-scale Data and Knowledge Centered Systems” (LNCS, Springer). He was guest editor of three special issues of “International Journal of Computer Systems Science and Engineering on “Mobile Databases”, “Data Management in Grid and P2P Systems”,  and “Elastic Data Management in Cloud Systems”.

The purpose of this talk is to provide a comprehensive state of the art concerning the evolution of data management systems from uniprocessor file systems to Big Data Management Systems (BDMS) in cloud environments. In the landscape of database management systems, data analysis systems (OLAP) and transaction processing systems (OLTP) are separately managed. The reasons for this dichotomy are that both systems have very different functionalities, characteristics and requirements. The talk will focus on the first class OLAP systems.  In this perspective, firstly, I introduce the main problems of data management systems DMS. Then, for each environment (e.g. uniprocessor, parallel, distributed, cloud computing), I describe synthetically, the underlying concepts and the main characteristics of the proposed DMS. I also explain the relationships between those DMS. In addition, data management based on parallel and cloud systems (i.e., Parallel Relational DBMS versus BDMS) are overviewed and compared by relying on fundamental criterion such as software requirements (Data Independence, Software Reuse), High Performance, Data Availability, Fault-Tolerance, Scalability and Elasticity. I point out their advantages and weaknesses, and the reasons for which the relevant choice of a DMS is very hard. Also, I try to learn some lessons, particularly how can the evolution of these systems help for big data applications? Lastly, I point out some open issues that should be tackled to ensure the viability of the next generation of large-scale data management systems for big data applications. 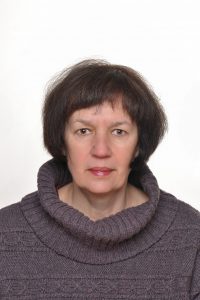 Nada Lavrač is Head of Department of Knowledge Technologies at Jožef Stefan Institute, Ljubljana, Slovenia. She is Professor of Computer Science at the University of Nova Gorica and Jožef Stefan International Postgraduate School in Ljubljana, where she acts as Vice-Dean and Head of ICT programme. Her research interests are in Knowledge Technologies, with particular interests in machine learning, data mining, text mining, knowledge management and computational creativity. Her special interest is in supervised descriptive rule induction, where the research goal is to automatically induce rules from class labeled data, stored either in simple tabular format or in complex relational databases. Areas of her applied research include data mining applications in medicine, healthcare, and bioinformatics. She is (co-)author of several books, including Foundations of Rule Learning, Springer 2012.

Relational Data Mining (RDM) addresses the task of inducing models or patterns from multi-relational data. One of the established approaches to RDM is propositionalization, characterized by transforming a relational database into a single-table representation. The talk provides an overview of propositionalization algorithms, and a particular approach named wordification, all of which have been made publicly available through the web-based ClowdFlows data mining platform. The focus of this talk is on recent advances in Semantic Data Mining (SDM), characterized by exploiting relational background knowledge in the form of domain ontologies in the process of model and pattern construction. The open source SDM approaches, available through the ClowdFlows platform, enable software reuse and experiment replication. The talk concludes by presenting the recent developments, which allow to speed up SDM by data mining and network analysis approaches. 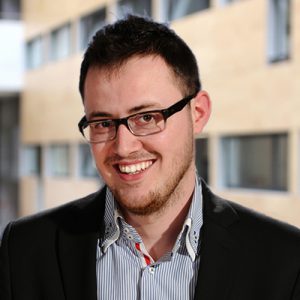 Muhamed Turkanović was part of numerous industrial projects in the IT profession during his studies. In 2011, he enrolled in doctoral studies at the UM and at the same time founded his own IT company. In 2016, he received his PhD in the field of Computer Science and Informatics on the topic of cryptographic authentication protocols within the Internet of Things. He is the author of several highly quoted articles with an impact factor in the field of computer science and informatics. He has more than 10 years of industry experience on an international base as a developer, technical development manager, technical director and owner of IT companies, etc. In 2017, he habilitated for the assistant professor and started working as a lecturer at the Institute of Informatics UM FERI, where he teaches subjects related to data technology and data protection. From the year 2017 to the present, under the auspices of the Institute of Informatics: (1) he conducted numerous invited professional or scientific lectures either locally or in abroad; (2) received a prize for the Sentinel of Science in the field of computer science and informatics for the conscientious work of reviewing for more than 30 international scientific and professional journals, (3) founded and runs the Blockchain Lab:UM group – a multidisciplinary team of researchers, developers and consultants who design, develop and evaluate solutions and services based on blockchain technology; (4) established and guided the development of the EduCTX project – the awarded blockchain platform for digital micro-certificates; (5) is the leader of the international Interreg Alpine Space project Smart Villages; (6) as an inventor applied for the 1st blockchain related patent in Slovenia; (7) as an expert in Blockchain technology participated in many round tables and media broadcasts; (8) in 2018 received the award for his professional work from UM FERI; (9) as a mentor led a student research project on smart contracts based on blockchain technology; (9) conducted several successful workshops on the topic of blockchain in Slovenia and abroad (KMO & LTEC 2018); (10) participated in the organisation of International Conference on Big Data Analytics and Intelligent Technologies in India; and (11) participated in the program committee of professional and scientific conferences. His current research is focused on the following topics: advanced database technologies, blockchain, smart contracts, cryptography and big data.

Due to some basic characteristics Blockchain can be categorized as a database, however, the sum of all its characteristics make it very special. It is part of the bigger family of Distributed Ledger Technologies, which store transaction-based data into a chronological structure in multiple locations simultaneously, while relying on the decentralized environment and not on a central authority. It ensures accessibility as well as data integrity on the highest level, even though operating in a distributed environment. The blockchain protocols store data into predefined size of data blocks, which stores only a limited size of transactions-based data that is cryptographically signed. Each block is referenced with the previous one, forming an unbreakable chain of blocks, distributed throughout the network in a fully replicated manner, i.e. a digital ledger between network nodes. It is also the corenerstone of smart contracts, which are a collection of programmatic instruction, stored in blocks of data, which is execute in a dedicated Database Management Systems that includes a specific and dedicated virtual machine. As such smart contracts can host the business logic, which is stored on the data layer, consequently in a distributed and decentralized environment, accessible by decentralized applications. Such feature puts blockchain on the top of the database world, where it requires much more attention from the professional community. The focus of this work will thus be on the features, possibilities, as well as on the challenges of blockchain technology, breaking it down in terms of data structures, topology, as well as current open research topics. The talk concludes by presenting possible best practices and use cases, bridging the theory and real world usage. 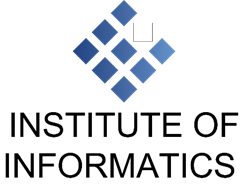